Mónica Santos is a versatile artist in the field of visual arts: directing, art direction and illustration.
She has worked with exponents of Portuguese cinema such as Manoel de Oliveira and José Fonseca e Costa as well as in several genres: cinema, advertising, documentary and television.
Recently, she has combined animation with moving image through the techniques of pixilation and stop-motion in the short films “Amélia & Duarte” (2015) and “Entre Sombras” (2018), both co-directed by Alice Guimarães and two of the most successful Portuguese animation shorts in festivals of the last five years. “O Casaco Rosa” is her new animation project. 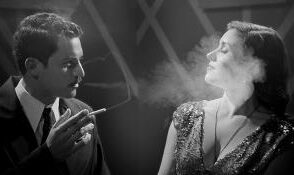