Born in Aulnay-sous-Bois in 1979, daughter of senegalese parents, Alice Diop grew up until the age of 10 in the Cité des 3000 in Paris suburbs. Student in History, she continued her studies at the University of Evry in visual sociology.Fifteen years after leaving Aulnay-sous-Bois, she returned to film the cultural diversity of her childhood neighborhood in her first documentary La Tour du monde.Her short film Vers la Tendresse wins the César 2017 for Best Short Film. During the Ceremony, Alice Diop dedicated her award to the victims of police violence. 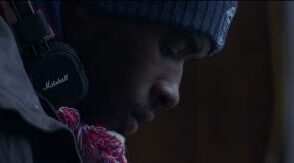